Note: I wrote this in May 2010, following the street execution of a 14 year-old in broad daylight on Bowdoin Street, in a part of Dorchester where I did extensive work as a Senior Street Worker.

There is no single strategy that will eliminate the violence that killed 14 year-old Nicholas Fomby-Davis on Bowdoin Street last Sunday. But there are previous successes to build upon. 14 years ago, the city and the Bowdoin Street community successfully intervened - after similar springtime violence - to prevent summer bloodshed.

On April 12, 1996, Dana Wright - associated with the local “Vamp Hill Kings” gang - was shot to death on a busy Friday on Bowdoin Street, barely a block from where young Nicholas was assassinated. Wright’s murder followed a spring of gunfire and shootings.


The rumor on the streets was that Dwayne “Porky” Banks was responsible for Wright’s death - part of a feud between the Kings and a Banks’ breakaway group. On April 23 – the day of Wright’s funeral - Banks was shot to death on his Bowdoin Street porch.

Mayor Menino; community leaders; city street workers like myself and the legendary “Uncle Chops” Porter; law enforcement and others quickly began meeting to plan a response that ranged from arts programs to seizing problem properties from absentee landlords.

The looming danger was the early July release of Banks’ imprisoned brother. Both detectives and youth worker Gerry Nuzzollo of the Dorchester Youth Collaborative visited Banks in prison to coax him toward peace and inform him of the intense scrutiny he’d face upon release, lest he was considering retaliation. 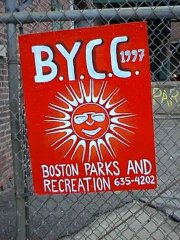 While law enforcement squeezed the impact payers, the center-piece of our strategy was an employment program. Using jobs allocated to the Street Workers from the city’s Boston Youth Cleanup Corps (now known as the Boston Youth Fund), we created work crews for the Vamp Hill Kings; the friends and family of Banks; and many other local youth.

The Kings were supervised by veteran, street-smart youth workers who led frank discussions. The crew began their work day taking turns reading articles from the newspaper out loud.

The crew was so productive at cleaning vacant lots that we were asked to slow down – there wasn’t enough work left for the mainstream “Red Shirt” teens. Neighbors replaced their fear with compliments, rewarding the Kings with lemonade on the hottest days.

We averted a shooting war between the Kings and their enemies. Boston Police Superintendent Robert Dunford – then commander of Boston Police district C-11 – initially opposed our job program, preferring a divide and conquer strategy rather than bring the Kings together on a work crew. However - to his credit - he ended the summer as a supporter, crediting us with helping reduce violent crime by 34% in the area that summer. The following summer – the peak of the “Boston Miracle” – Dunford and Youth Violence Strike Force commander Gary French were key advocates for expanding the Street Workers’ jobs program to 230 employees and 10 “hot spots” across the city.

What were the ingredients to this success? On Bowdoin Street today, there are ostensibly plenty of resources: Teen Empowerment; the teen center at St. Peter's Church; the Bowdoin Street Health Center; and the Log School neighborhood house. Yet, the highest risk youth are literally outside these institutions, as if there were parallel universes of young people. Therefore, what works are street outreach workers assigned to work with “proven risk” youth – as compared to the broader “at risk” population. 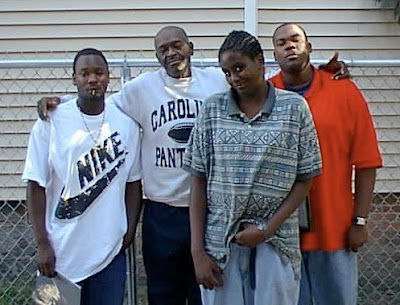 Second, jobs. The popular perception of street gangs is they disdain honest work. As street workers we rarely found that to be the case. “I need a job,” was the endless refrain we heard. Proven-risk youth see a job as their best ticket out of street life. Plus, if a youth worker can deliver a job, our message - “we want you to rejoin civil society” - gains much more weight.

It was crucial that we were allowed to hire adult employees for what was officially a teen program; that these adults' criminal records would not prevent their being hired; that we paid a decent wage; and that we hired youth who had not properly registered for a job through the city’s Hopeline. During the mid-90’s there was a willingness to bend the rules to achieve results that I’m not sure exists any more.

Both Chops and Nuzzollo have since passed away, but today there are still dedicated outreach workers at both the city’s Street Worker Program and the Boston Foundation’s Street Safe program. Will they have the resources to keep impact players off the streets?
Posted by Jed H at 11:00 PM

Text "votejed" to 23559 to receive text/SMS alerts during the campaign. We'll only text you for important reminders.